Ok, I’ve had enough. Police bashing. Police ambushes. They are getting a bum rap. Stop or I’ll shoot. What is it with people who don’t obey this command? My parents and your parents taught us to obey all police commands, no matter what. And we do. Where is any sense of accountability here? Where suspects cause their own demise by not respecting officers. Why is this not discussed in the media? Would their ratings suffer? Brutal spectator events seem to be in the crosshairs of their pursuit of high ratings.

Let’s start with police officer protocol when faced with an armed suspect (or one that indicates he’s armed):

Officers cannot always tell if the gun is fake. Toy guns are supposed to have orange tips on them. Children often take them off. Criminals may put them on real guns to cause the officer to hesitate with using lethal force. So, of course, it’s common sense to not point a real OR fake weapon at an officer. Every child should have this ingrained in their brain. No excuses. If you do point a weapon, there is going to be a gun fight. That’s the officer’s response training kicking in.

Officers have to protect themselves. They have the right to go home at night. They live in a hostile world. Everyone and every encounter is a potential threat. To control the scene, the officer has to maintain the upper hand. We, the public, don’t always realize this.They have to always be on guard. If they’re not, they could be beaten, disarmed and killed. “Complacency kills” is a police slogan. So is “risks of  a mistake are far less than risks of hesitation.” “Better to be judged by 12 than carried by 6.” “Action trumps reaction.” 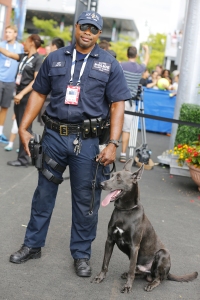 Danger can be tricky to gauge. One officer may perceive a situation as dangerous whereas another officer will not. The fear factor  also plays into the situation. It can be different for every officer. Rocks can kill you. Cars can be weapons. Sticks can be lethal. The suspect may try to grab the officer’s gun. Or assault him. Both are acting in the heat of the moment. Many say that an officer’s dialog with the perpetrator throughout the situation IS the most important part of police work. Make them feel heard. De-escalate first. Crisis-intervention. Critical thinking. Non-violent tactics. Communication. If the situation allows, all of these are tried first before pepper spray, a baton, a Taser or a gun is used. This is part of their training.

I’m not going to get into the whole race free-for-all. I don’t deny that there are isolated incidences of police malpractice. There are 18,000 state and local police agencies in our country. Less than 3% of these reported fatal shootings by officers. There are  163 million interactions between police and civilians every year. We need the police to maintain a civilized society. We sure loved the police on September 12th. In the fifty largest U.S. cities, murder rates have spiked by 17% in the last year and a half because police are reluctant to police neighborhoods with a high concentration of criminal violence. Disproportionately, they will be confronted with armed and resisting suspects. This raises the officer’s own risk of using lethal force. It’s all blown way out of proportion. The statistics verify that. But nobody wants to talk about those or accountability. Are there more police shootings or just more coverage with videos, social media, and mainstream media? If we keep this distortion up, our society will be the biggest victim of all. Anti-police rhetoric has deadly consequences.

The police deserve respect from all of us. It just might save our lives!