Is everyone burned out with the Christmas crunch? Just a reminder: Christmas is THIS Sunday. Shocking, isn’t it? Just in case you have no idea what day it is today. Or was yesterday. Or any day since the season started. When was that? October 1st? The last few weeks are like a blur. Baby, it’s blurry outside. 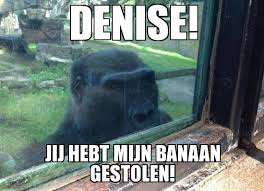 Every year, I have two goals. To buy twenty- six of the same item and be done with Christmas shopping. The other is to have this done by the day before Thanksgiving. Both are announced as proclamations. Both continue to be fantasies. Another fantasy (on the bucket list) is to announce to everyone that I’m not doing Christmas this year because, instead, on Christmas morning, I will board a plane for a faraway place. Would this be a Scrooge on the outside and a squanderer on the inside? Hey…a new word: squandescrooge. Sounds better than cheap, ungenerous, miserly, spending foolishly or wastefully. On travel. Or Christmas? Back to the point of this post. 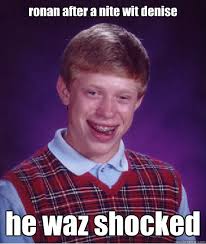 Take a much-needed timeout for your burnout and put your first name and the word meme into google search. Collins Concise English Dictionary defines meme as: “an idea or element of social behavior passed on through generations in a culture, especially by imitation.” To pronounce meme, say meem with a long e sound. It rhymes with beam or team. You can easily create your own memes from phone photos using this app: MeMatic. Have fun! 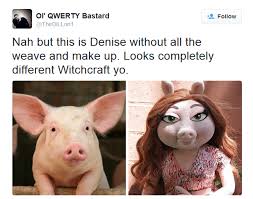 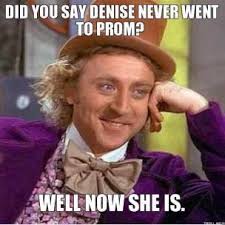